The task has been a major challenge, since the total size of the painting is 15 x 12 metres.

Thus, we cut the painting into 3 segments of 5 metres each so we could bond it to the surface of the safety curtain.

The client chose the Garriets Mannheim type canvas from our range of distributed products as base material for the canvas painting.

We bonded the segments stripe by stripe, smoothened them by hand unto the safety curtain, paying special attention to the precision of their alignment.

We also had to take into account the fact that the fabric had slightly shrunk due to the effects of moisture; thus we used tiny nails to fasten it to achieve a perfect result at the segments’ meeting points.

We prepared the entire surface with primer (a liquid that binds dust, also used by painters) for dust control, then started the bonding process with the middle section after careful positioning.

We were unable to fasten the 12-metre high curtain using the classic method starting from the top of the curtain, so we had to adapt.

The plywood used to mount the so-called “hard curtain” had already been installed - albeit mobile -, thus we lowered the hard curtain after completing the lamination of the lower segment, and performed the bonding process from the bottom to the top.

On the sides we smoothened the painted fabric unto the lateral surface.

We adapted to the visualization when positioning the middle segment. The further segments, i.e. the image itself was adjusted into place accordingly.

The operation required the coordinated effort of 7 colleagues, resulting in a wonderful canvas painting laminated to the safety curtain.

Original meaning: to arrange in layers.

The photos were taken with the consent of the Hungarian State Opera House. 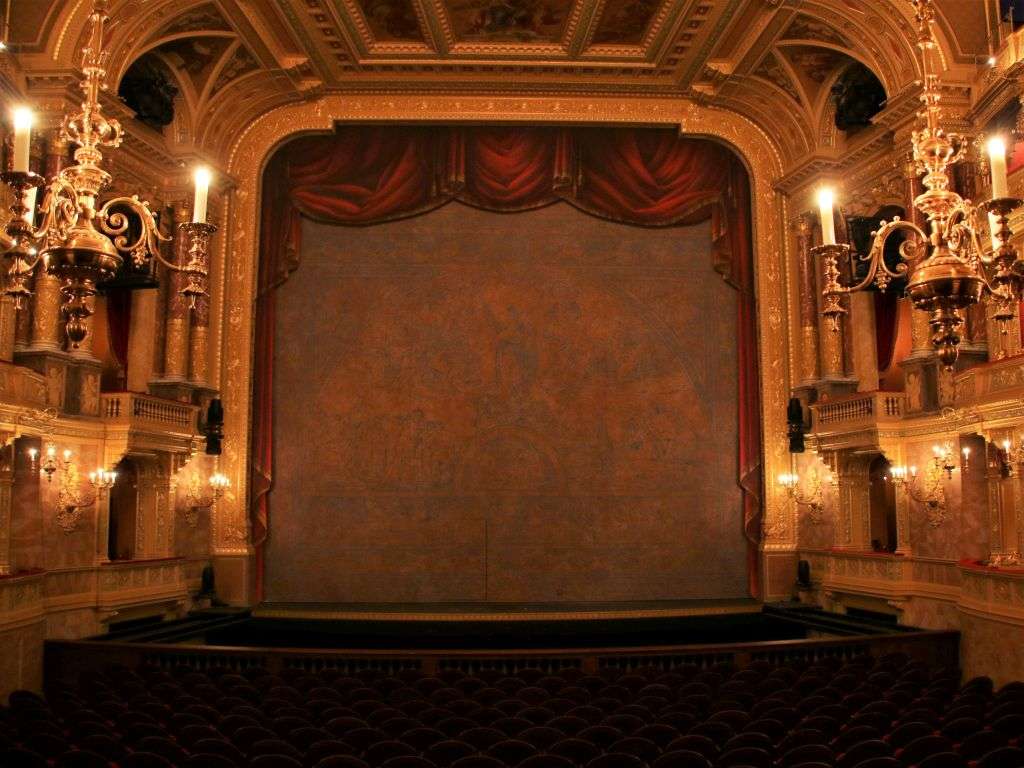 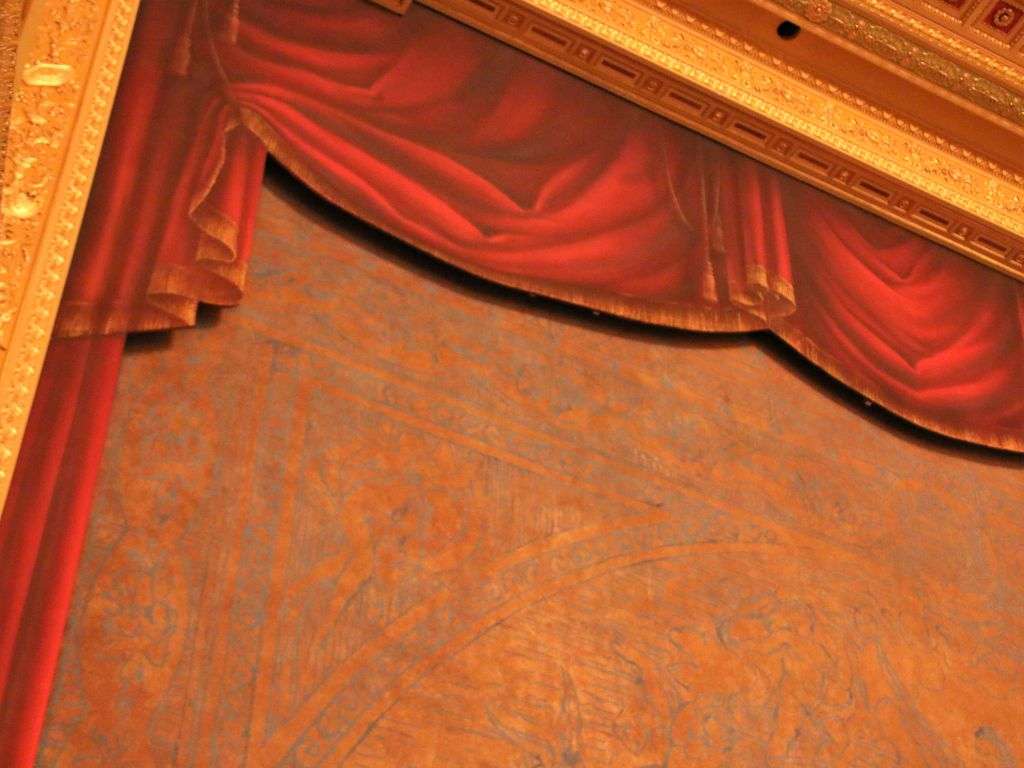 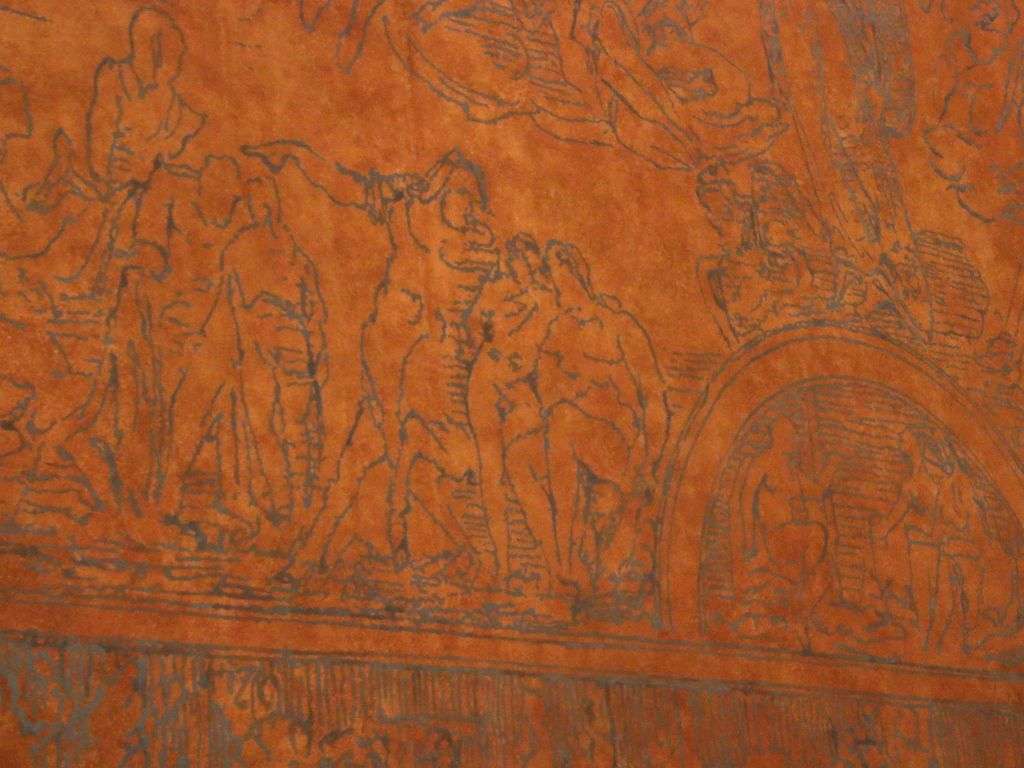 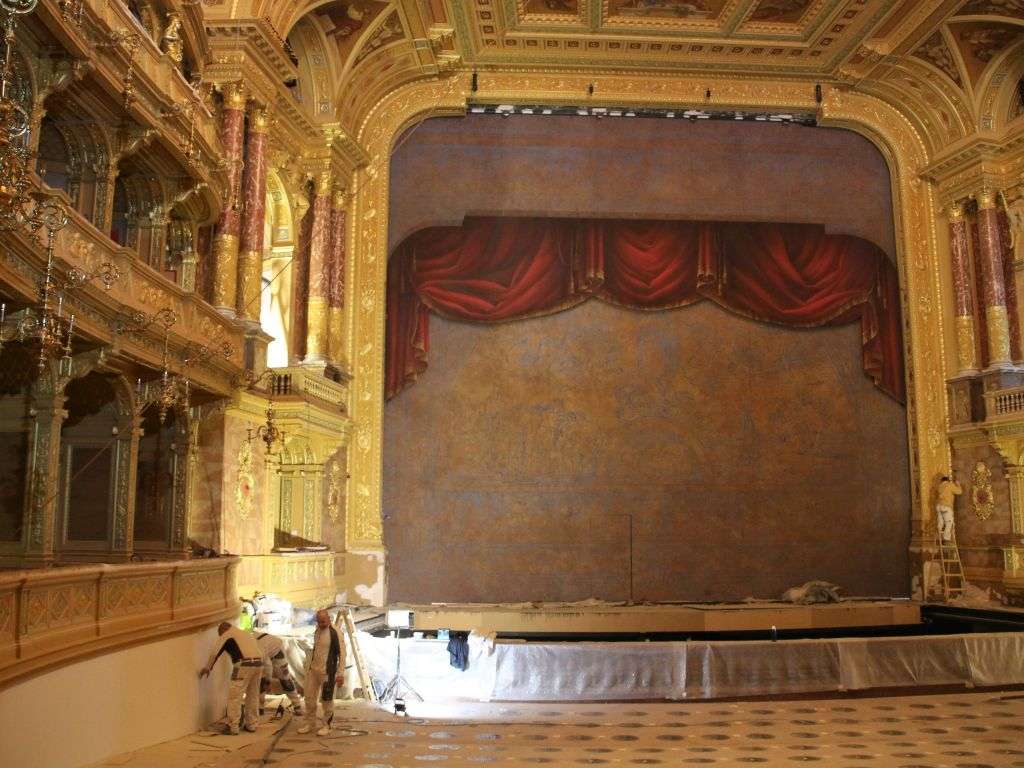 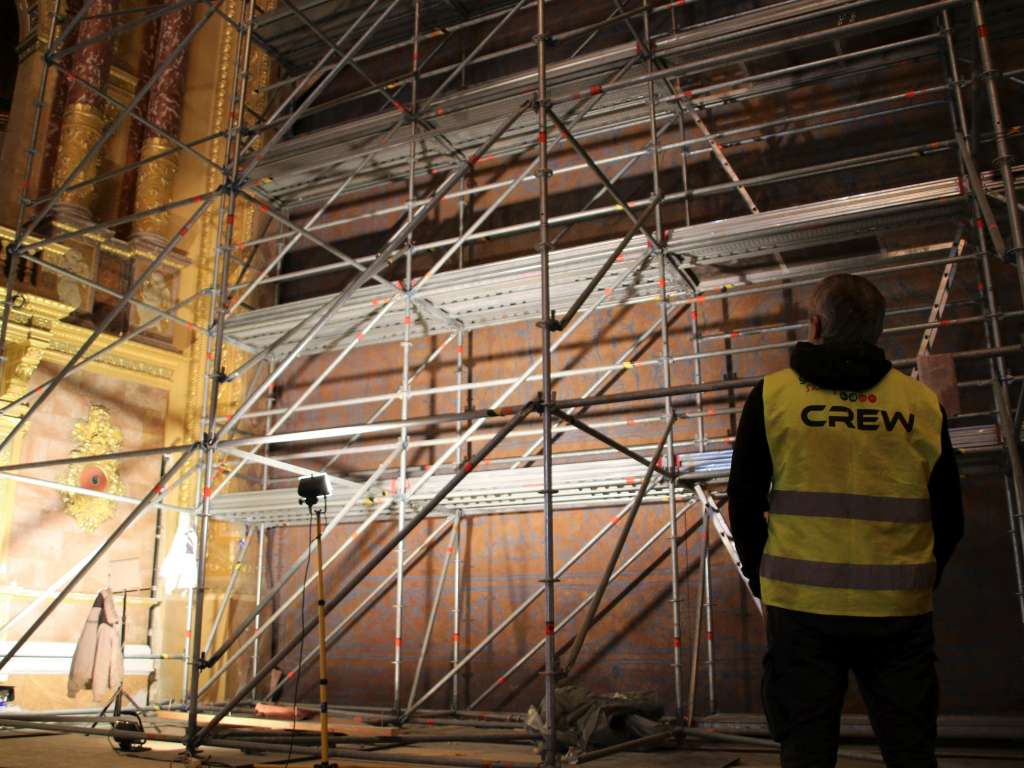 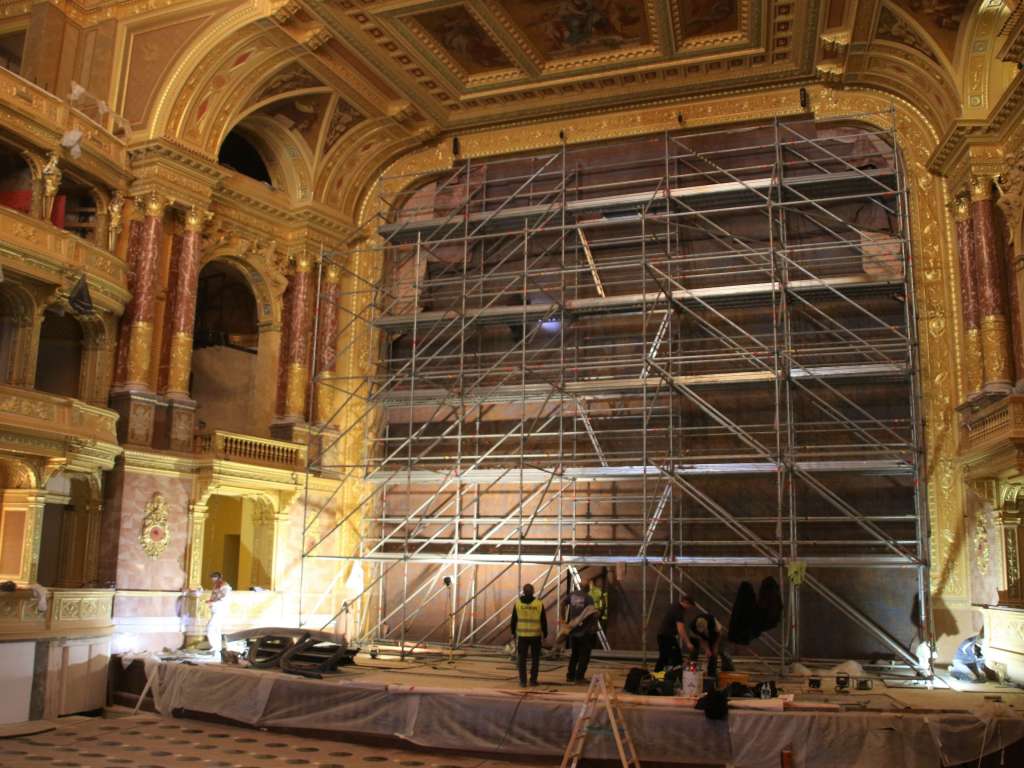 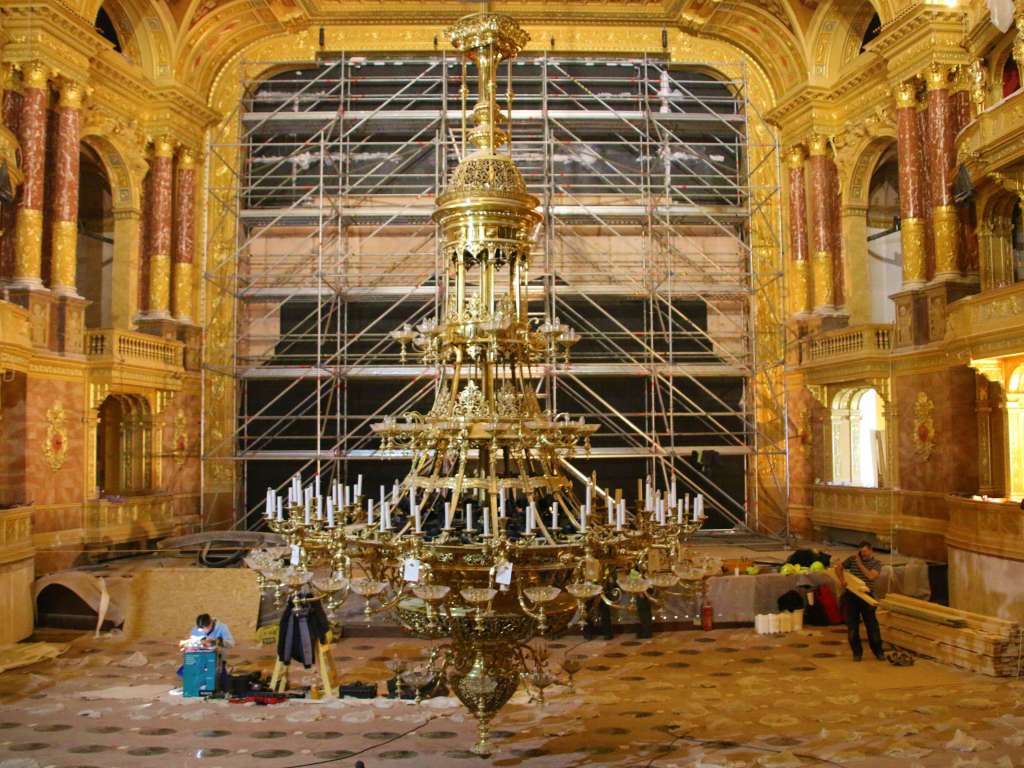 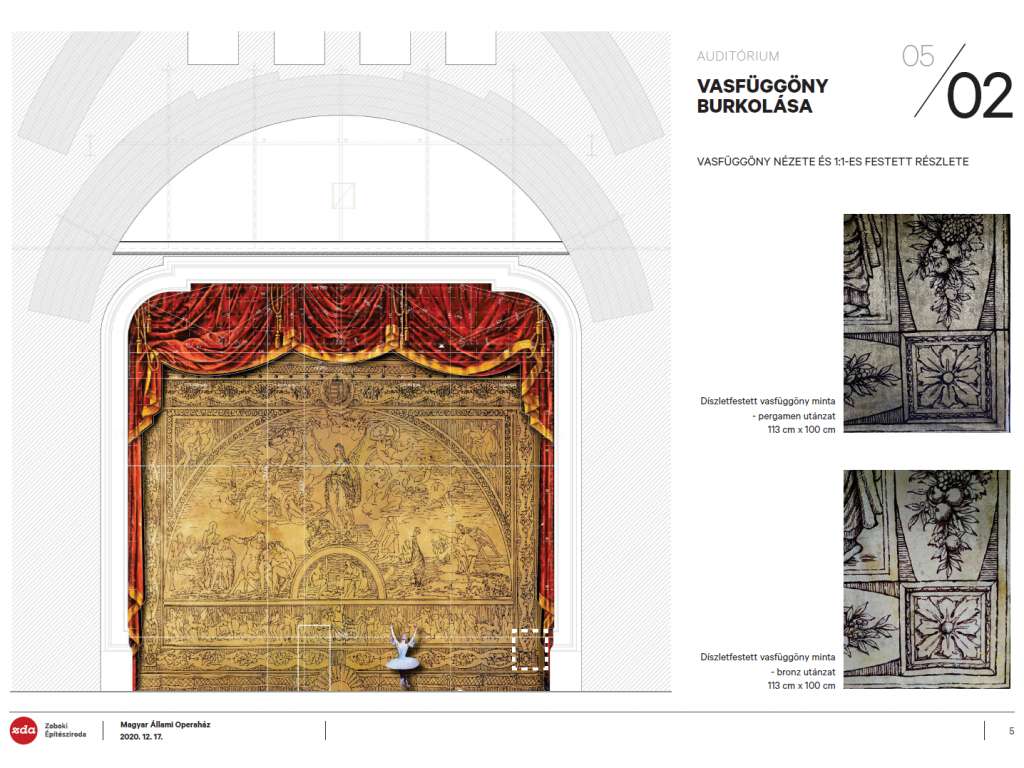 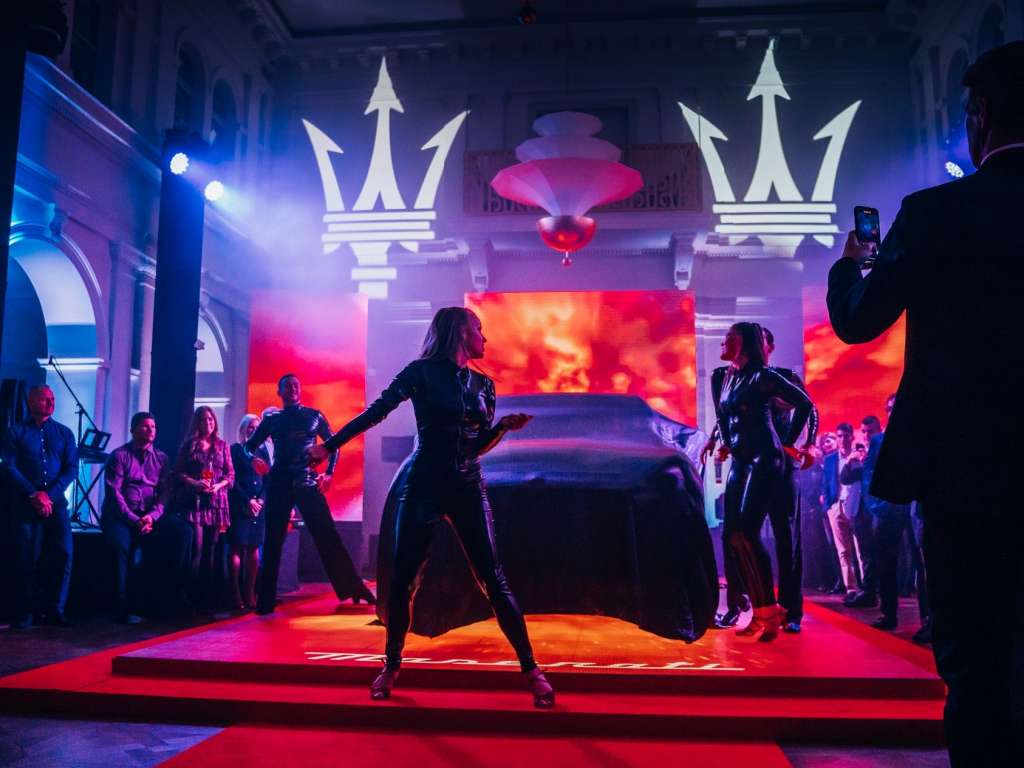 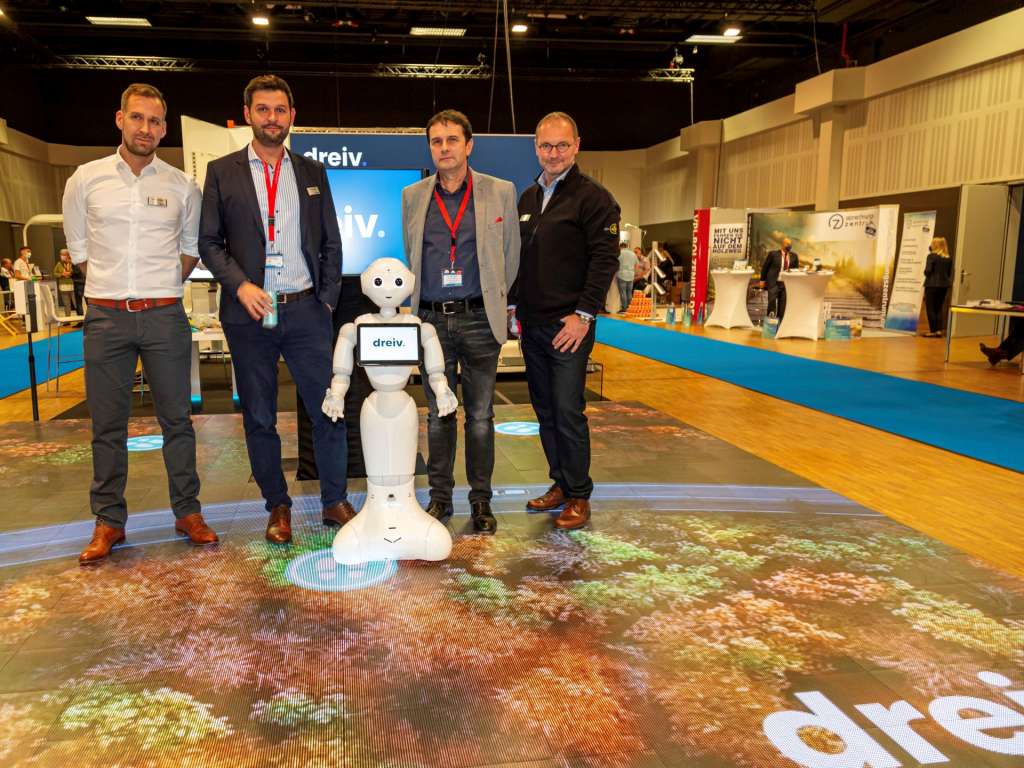